We decided to do this shoot a little early in the morning as places could get crowded. We met this lovely couple at the light house in Vaucluse, near Watson's bay. It is a magnificent spot for pre-wedding shots. The sunlight was perfect as it was just rising. It probably took a few minutes to get in the gear as it was a little chilly. But, in no time, we had just the poses required to build this portfolio. 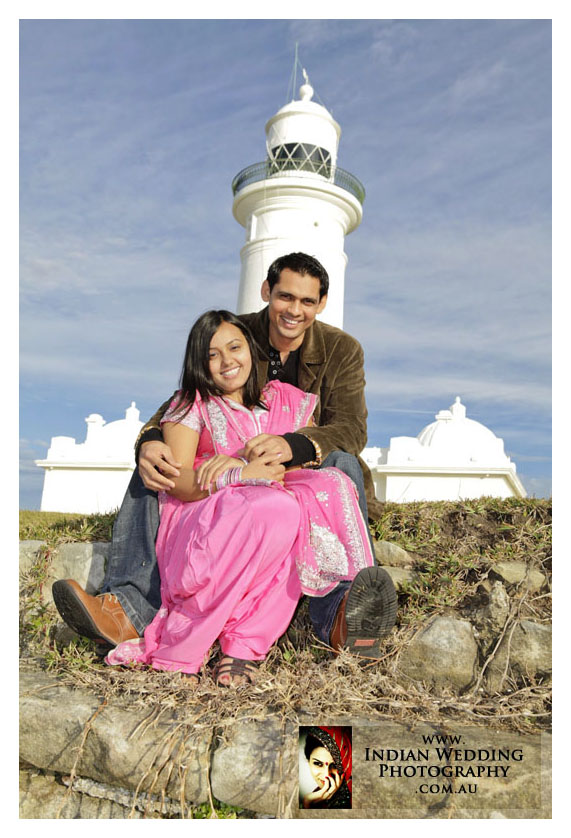 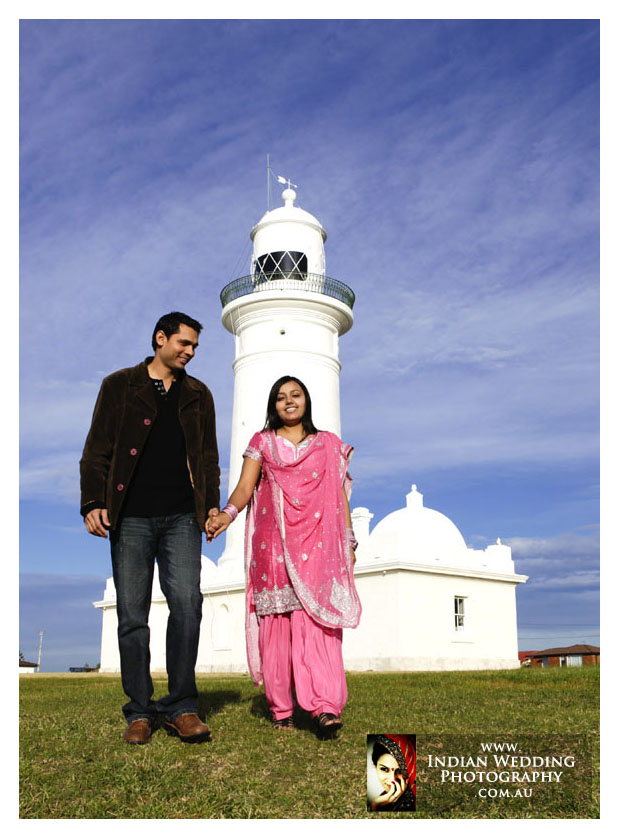 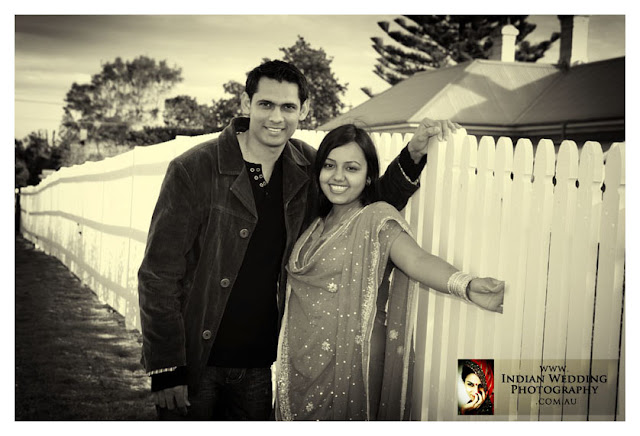 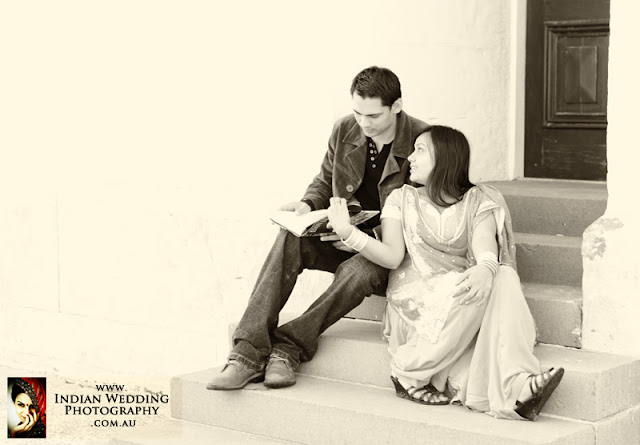 Following this shoot, we headed to Nielsen's Park (near Hermit Bay) which is only a short drive from WATSON'S BAY. Surpassing all the diversions in the early morning, we reached the bay and found the most interesting spot with Darling Harbour Bridge in the back-drop. Alka and Gursewak have a special red scarf which they wanted in the photo. This photo turned out to be the high-light of this shoot. 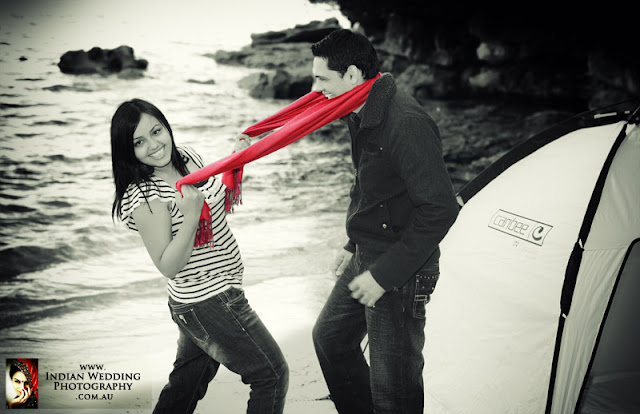 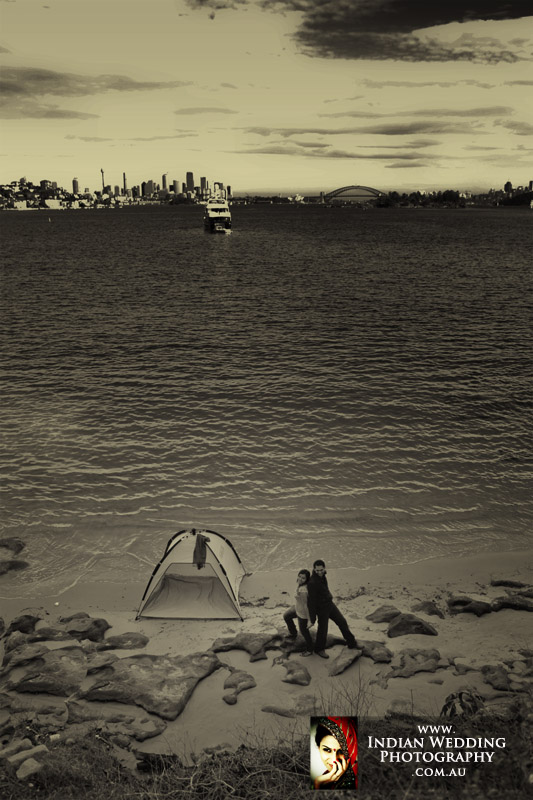 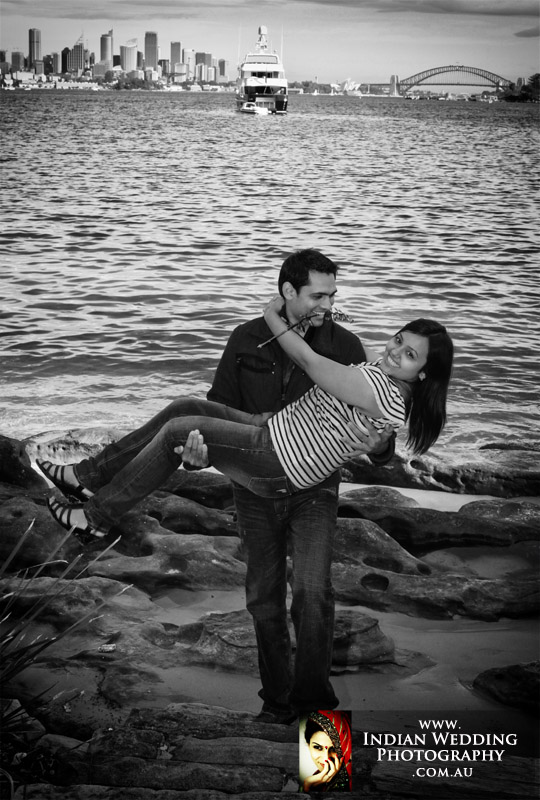 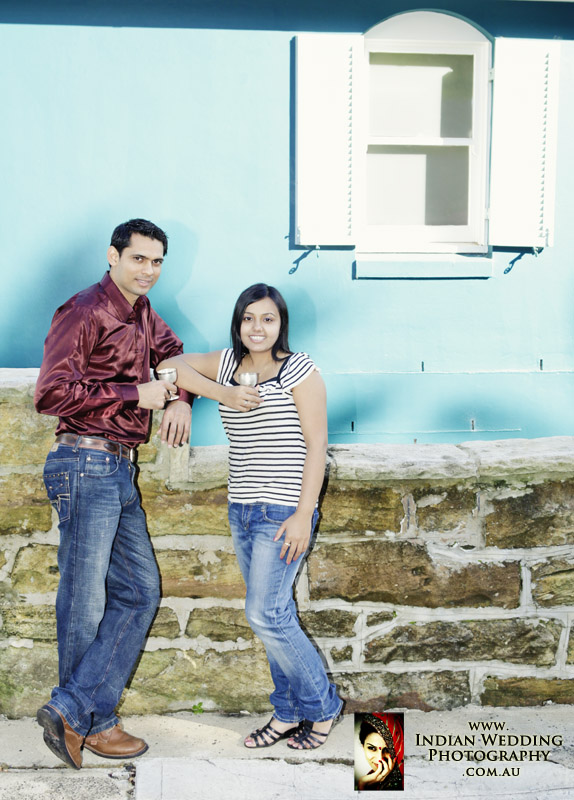 At the end of the photoshoot, we enjoyed a nice breakfast at a local cafe - which was very refreshing.